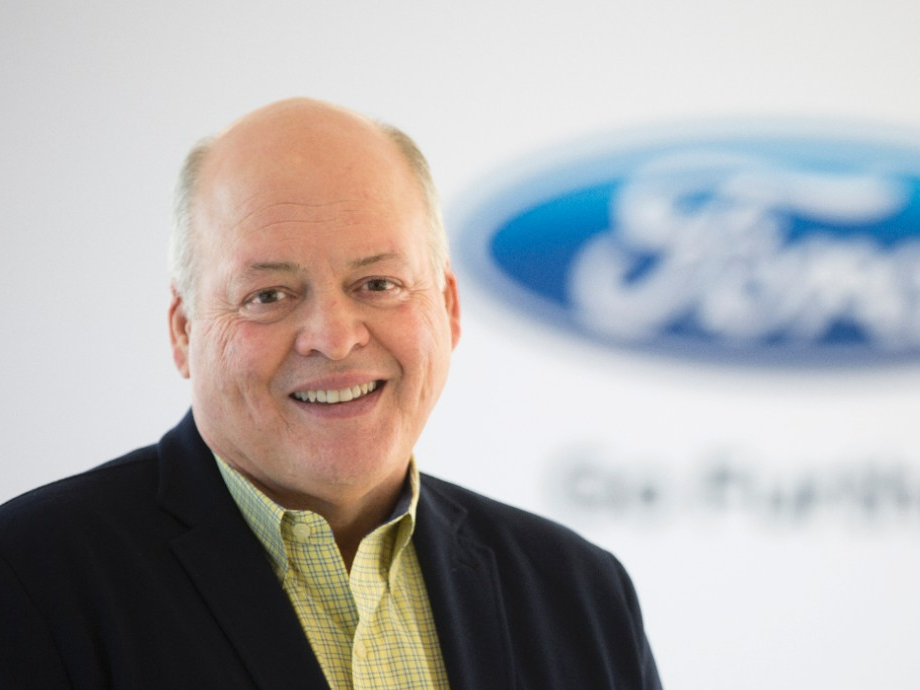 Hackett, 62, has a long track record of innovation and business success as CEO of Steelcase, Interim Athletic Director at the University of Michigan and executive chairman of Ford Smart Mobility LLC since March 2016.

Reporting to Executive Chairman Bill Ford, Hackett will lead Ford’s worldwide operations and 202,000 employees globally. He succeeds Mark Fields, 56, who has elected to retire from Ford after a successful 28-year career with the company.

“We’re moving from a position of strength to transform Ford for the future,” Bill Ford said. “Jim Hackett is the right CEO to lead Ford during this transformative period for the auto industry and the broader mobility space. He’s a true visionary who brings a unique, human-centered leadership approach to our culture, products and services that will unlock the potential of our people and our business.”

Added Hackett: “I am so excited to work with Bill Ford and the entire team to create an even more dynamic and vibrant Ford that improves people’s lives around the world, and creates value for all of our stakeholders. I have developed a deep appreciation for Ford’s people, values and heritage during the past four years as part of the company and look forward to working together with everyone tied to Ford during this transformative period.”

Hackett, together with Bill Ford, will focus on three priorities:

Bill Ford and Ford’s Board of Directors thanked Fields for his significant contributions to the company.

“Mark Fields has been an outstanding leader and deserves a lot of credit for all he has accomplished in his many roles around the globe at Ford," Bill Ford said. “His strong leadership was critical to our North American restructuring, our turnaround at the end of the last decade, and our record profits in the past two years."

All three appointments are effective June 1. New leaders to succeed Hinrichs, Farley and Klevorn will be the subject of a future announcement.

“We are fortunate to have three dynamic and talented leaders in Jim Farley, Joe Hinrichs and Marcy Klevorn taking on greater responsibility,” Bill Ford said. “Each has a track record of driving innovation, cost efficiency and delivering results around the world. They will work closely with Jim Hackett to lead Ford’s day-to-day operations, build our brand and capitalize on emerging opportunities.”

In addition, Ford appointed Mark Truby, 47, vice president, Communications, effective immediately, reporting to Bill Ford. He was elected a company officer. Truby has previously led Ford’s Communications teams in Asia Pacific and Europe, Middle East & Africa. Truby succeeds Ray Day, who plans to retire from the company next year and will provide consulting services until then.