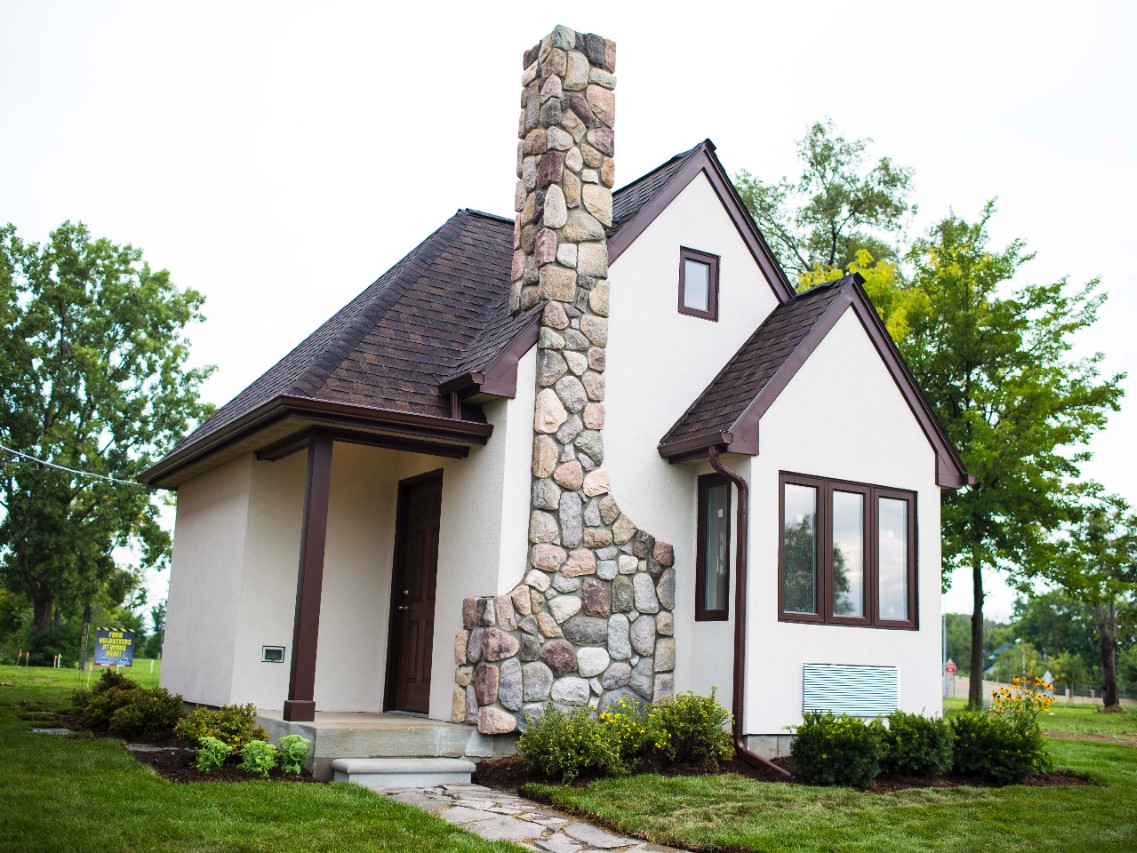 Ford is contributing $400,000 and Ford Volunteer Corps members are lending their time – making Ford the lead supporter of the $1.5 million project. The automaker’s contributions, including those from its philanthropic arm Ford Motor Company Fund, build on Ford’s commitment to local community service that began more than 100 years ago.

“Cass Community’s tiny homes project presents an opportunity to make a big difference in an underserved Detroit neighborhood,” says Jim Vella, president, Ford Motor Company Fund and Community Services. “Ford has a proud legacy of giving back to Detroit and Southeast Michigan, and this type of transformational project aligns with our mission of making people’s lives better through innovation.”

The tiny homes project will provide permanent housing to individuals and couples, including college students, senior citizens, formerly homeless people and members of the social services staff. When complete, the new architecturally distinctive community will have 25 tiny homes ranging from 250 to 400 square feet on 30-by-100 foot lots.

“We are immeasurably grateful to the Ford Motor Company Fund and our other generous supporters for helping us build Detroit’s first tiny home community,” said Rev. Faith Fowler, executive director, Cass Community Social Services. “The Cass Tiny Homes development is so much more than housing. It is a novel anti-poverty program that will transform the residents and this neighborhood while it helps to protect the planet.”

Ford, a longtime supporter of Cass Community Social Services, is investing in the tiny homes project as part of an expanding community presence for the automaker in Detroit and Southeast Michigan. Ford and Ford Fund expect to contribute $20 million to local educational, arts, cultural, diversity, hunger relief and social service organizations this year – a 70 percent increase from the annual giving amount five years ago.

Over the last 10 years, Ford and Ford Fund have made community investments totaling $161 million in the region. Specific examples include:

“Ford has always played a role in serving the communities where we do business,” says Vella. “We are excited about the future of our region and look forward to expanding even further in critical areas such as education, arts and culture.”