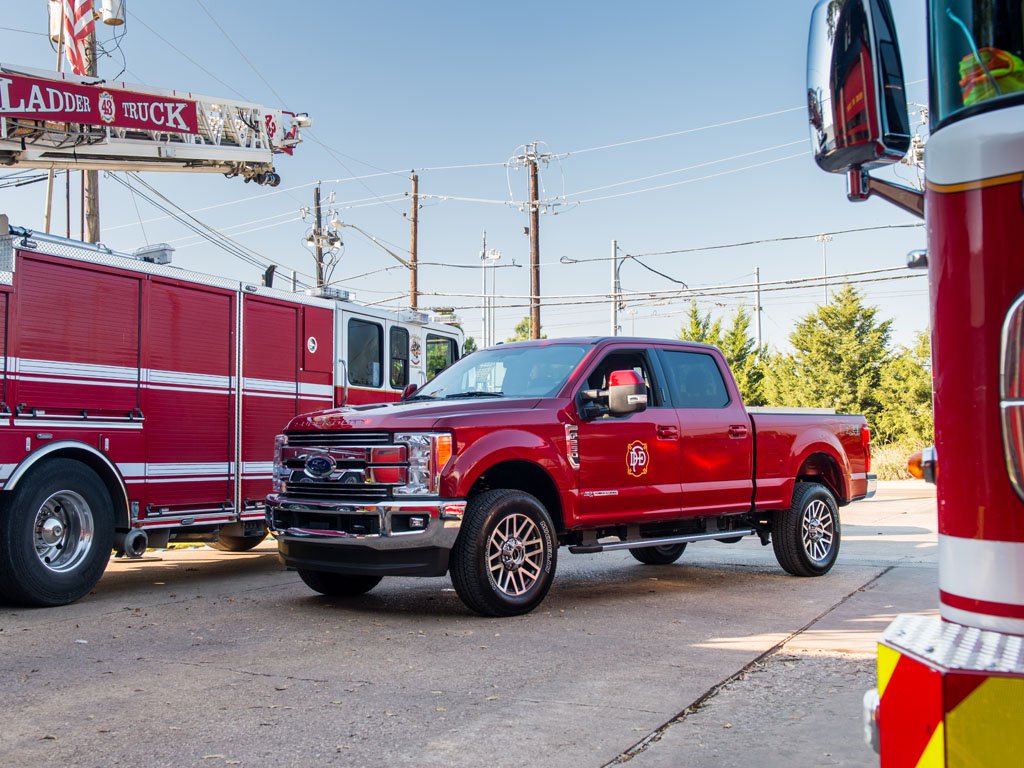 DALLAS, Nov. 24, 2016 – Ford F-Series, the Official Truck of the National Football League and best-selling truck in America for 39 consecutive years, teamed up with Fox Sports, the Dallas Cowboys and actor Denis Leary for a Thanksgiving Day surprise makeover of Dallas Fire Station 43.

With the northwest Dallas fire station run down after years of hard use, Ford contracted with local renovation experts for a whirlwind rehab. Starting offensive linemen from the Dallas Cowboys – just named Built Ford Tough Offensive Line of the Week for the second time this season – helped with demolition and final touches so the firefighters can use their new kitchen and dining area for their Thanksgiving Day meal.

In addition to the extensive renovation, Denis Leary, on behalf of Leary Firefighters Foundation, has pledged a $50,000 donation to the Dallas Fire Department to purchase much needed equipment. He will hand over keys to a brand-new 2017 F-Series Super Duty donated by Ford Motor Company to the Dallas firefighters.

“Ford truck team members live to serve our customers, and firefighters are especially valued for their important role in our communities,” says Mark LaNeve, Ford Motor Company vice president of sales, marketing and service. “With the toughest, smartest, most capable truck in America, it’s only fitting Ford is presenting a brand-new 2017 F-Series Super Duty to the men and women of the Dallas Fire Department.”

Ford F-Series – encompassing F-150 and Super Duty – is the leader in the emergency vehicle segment, with a market share of 58 percent. With a commanding share of 18 severe-duty vocations, Ford has been America’s commercial sales leader for 31 consecutive years and can rightly claim its F-Series pickups own work.

Highlights of the renovation, as well as presentations by Ford and Leary will be broadcast nationally on the Fox Sports NFL Thanksgiving Pregame Show between the Dallas Cowboys and Washington Redskins. Additional renovations will take place after the holiday weekend.

“Today and every day, we’re grateful to the firefighters of Fire Station 43, and to firefighters across the country for their courage and bravery,” says Leary. “The Leary Firefighters Foundation is proud to team up with Ford to provide Dallas with much needed equipment, and to support the men and women who risk their lives to keep us safe.”

Founded in 2000, after a fire in Leary’s native Worcester, Massachusetts, took the life of his cousin and five other firefighters, Leary Firefighters Foundation provides funding and resources for fire departments to acquire the best available equipment, technology and training necessary for the health and safety of firefighters and, in turn, the public they serve. To date, the foundation has raised more than $10 million for fire departments across the country.

As Official Truck of the National Football League, Ford celebrates the toughest players each week with the Built Ford Tough Offensive Line of the Week selected by Shaun O’Hara. The brand has also launched the first-ever Toughest Tailgate tour with exclusive tailgate events in nine NFL markets for the 2016-17 season. In addition, fans can enter a sweepstakes to win tickets to Super Bowl LI and an NFL-customized Ford F-Series Super Duty at NFL.com/Ford.*