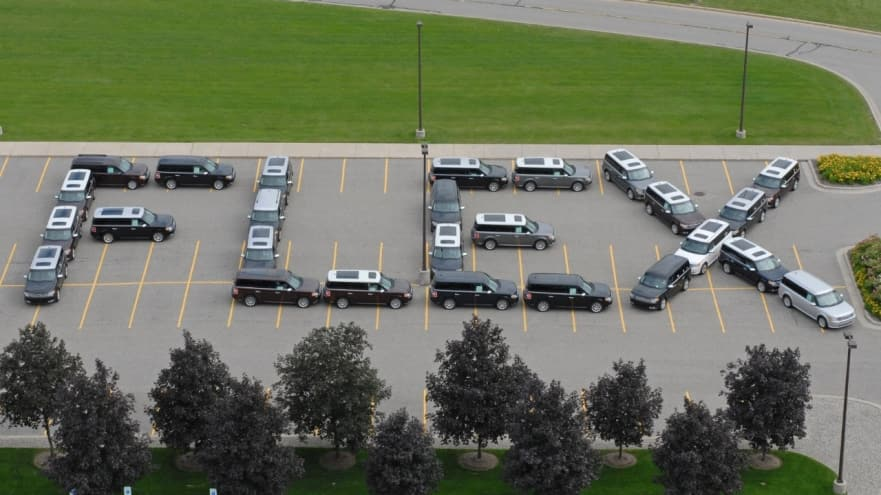 Retrospective: Ford Flex Stood Out As Bold, Fun And Fashionable In A Crowded Minivan/SUV Segment

DEARBORN, Mich., Oct. 28, 2019 – Fun and fashionable, the 2008 Ford Flex dared to be bold. It gained a loyal following as a stylish, roomy wagon blending sport/utility vehicle and minivan capability in a low-slung retro-inspired package.

Today, as part of a plan to strengthen its focus on products in the heart of the fastest-growing segments, Ford is saying goodbye to the Flex, a crossover wagon that dared to be different. Production that began to celebrity fanfare is now winding down after more than a decade at Ford’s Oakville Assembly Complex.

With its formula of offering a family-size interior and amenities on a platform that drove more like a car than a full-size SUV, Flex’s unique, innovative look – created by designers with backgrounds in fashion instead of cars and trucks – made a statement. Its interior was created by Ford interior designer Anthony Prozzi, who worked in the New York fashion industry. He and his team brought in quilted leather seating surfaces and mahogany inserts in the door panels that resembled the surface of a beautiful roll-top desk. For a time, Flex also could be ordered with a real refrigerator in the console between the second-row seats.

“Flex broke the mold. It had both crossover and minivan elements in a hip, trendy package that stood out from what was becoming a really boring minivan segment,” said Chris Kessler, Ford Flex marketing manager. “Its design traced its roots to the traditional family station wagons that many of our customers remember growing up with, but it brought forward modern sport/utility design elements and features both parents and kids loved.”

Celebrities, sports stars and rappers leveraged the unique urban styling of Ford Flex to create custom designs from the very beginning. Funkmaster Flex and Nelly opened the 2008 SEMA show with their own tricked-out versions featuring custom paint schemes, exotic leather interiors and audio/video entertainment systems fit for a superstar – plus their friends and family, of course, in the roomy seven-passenger crossover.

That superstar appeal helped build a loyal following in hip, big-city markets with more than half of Flex sales in Detroit, Los Angeles and San Francisco through 2019. Through the course of its 11-year run, Ford sold more than 296,000 units overall of its unconventional crossover wagon.

Flex was also a favorite among hip comedians and late-night talk shows, several of whom featured the Flex in videos or customized their own versions, which they often used in appearances around Los Angeles. Baseball player Royce Clayton and his sprinter wife Samantha Davies were featured in regional Ford ads along with their children in a Ford Flex.

As previously announced, Ford is aiming to replace 75 percent of its current portfolio by the end of 2020. It’s expanding its family of truck and utility vehicles and will feature more hybrid models and more electric vehicle choices, including the launch of an all-new Mustang-inspired electric performance utility vehicle in 2020. To meet shifting consumer demand Ford is working to significantly reduce manufacturing complexity time to ensure its dealers and customers get the latest, most innovative new vehicles more quickly.