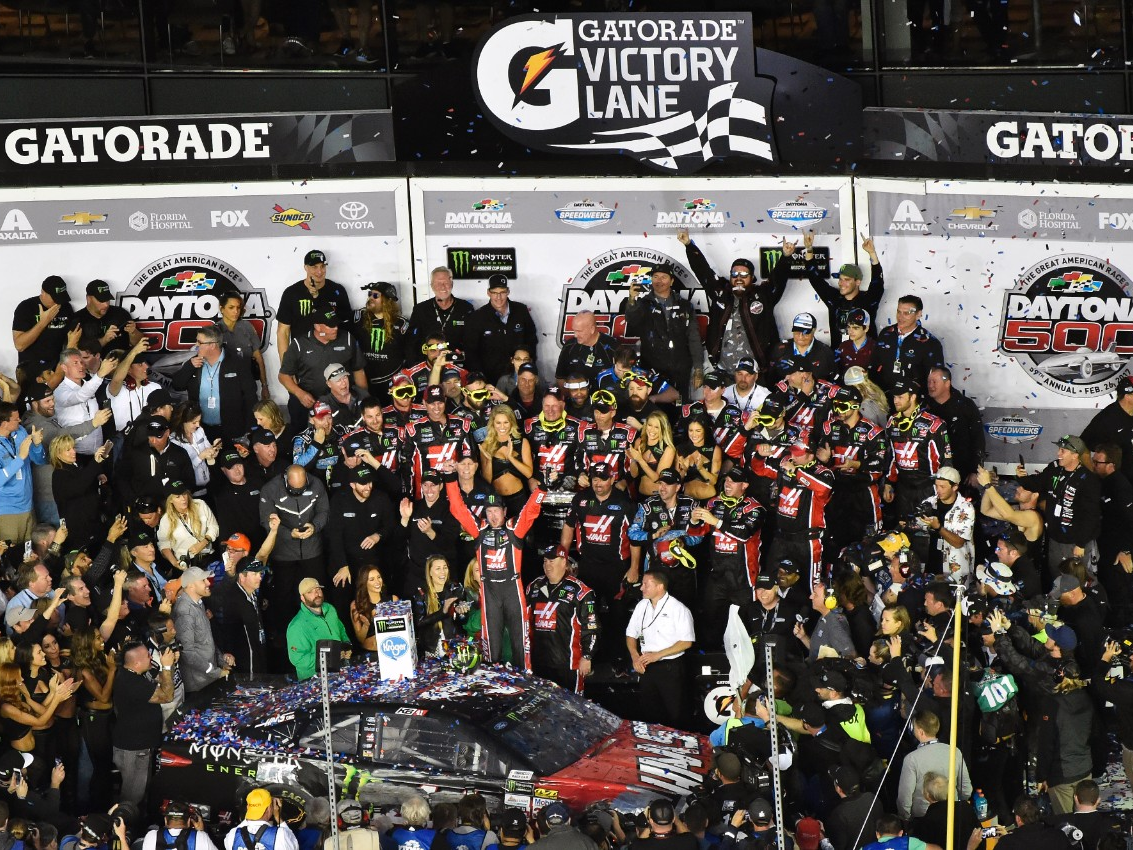 The win gives Ford Performance five Daytona 500 wins in the last nine years and 15 overall, but it also marked the end of a triumphant debut for Stewart-Haas Racing after switching to Ford following the 2016 season.

“What a great win to start off a partnership. It is so great with Stewart-Haas and to have Kurt win it, our last Ford champion and in his first race back with Ford is fantastic,” said Raj Nair, executive vice president of global product development and chief technical officer, Ford Motor Co. “Everybody worked together so well. SHR, Penske, RPM, and Wood Brothers with the Doug Yates power. We were so fast. We knew we had a good chance and Kurt hung in there after getting caught up in that crash. He didn’t give up.”

The win was Busch’s 29th career Monster Energy NASCAR Cup Series victory and his 15th with Ford, dating back to when he debuted with Roush Fenway Racing in 2000.

“There is nothing predictable about this race anymore, and the more years that have gone by that I didn’t win I kept trying to go back to patterns that I had seen in the past. My mirror fell off with 30 laps to go and I couldn’t even see out the back,” said Busch, who won Ford’s last series championship in 2004. “It just got crazy and wild, and I am so proud of all the drivers at the end. We put on a show for a full fuel run, and nobody took each other out and it was one of the smartest chess games I have seen out there. All the hard work that Ford and SHR put into this -- this Ford Fusion is in Daytona’s victory lane.”

Busch was only credited with leading the final lap, and his victory may not have been possible if it wasn’t for some help from Ford teammate Ryan Blaney, driving the famed No. 21 Motorcraft/Quick Lane Fusion for the Wood Brothers. Blaney pushed Busch past Larson and enabled him to get a big enough lead to hold on at the finish.

“We won the Daytona 500. I want to congratulate Kurt on a great victory. We are so proud of this result and the teamwork you saw today out on that track with everyone working together from Ford,” said Dave Pericak, global director, Ford Performance after six Fusions posted top-10 finishes. “We dominated early and then had some bad crashes that took some of our cars out, but what a way to win it at the end. Ryan Blaney did a fantastic job and SHR in their first outing with Ford, to get this win, we could not be any happier as an organization right now.”

The win was especially pleasing for Tony Stewart, who retired from driving last year and was a major part of the decision to bring his four-car operation to Ford.

“It has been a really long, hard winter, and I am so proud of everyone at SHR and Ford Performance,” said Stewart. “They really worked their tails off to get ready. Doug Yates and everybody at Roush Yates Engines brought unbelievable power all week. Had I known that all I had to do was retire, I would have retired 17 years ago if I knew that’s what it took to win the race.”

The Daytona 500 win is the first for Stewart-Haas Racing and the fifth for Fusion since becoming Ford’s flagship model in 2006. Fusion now has 80 all-time series victories.