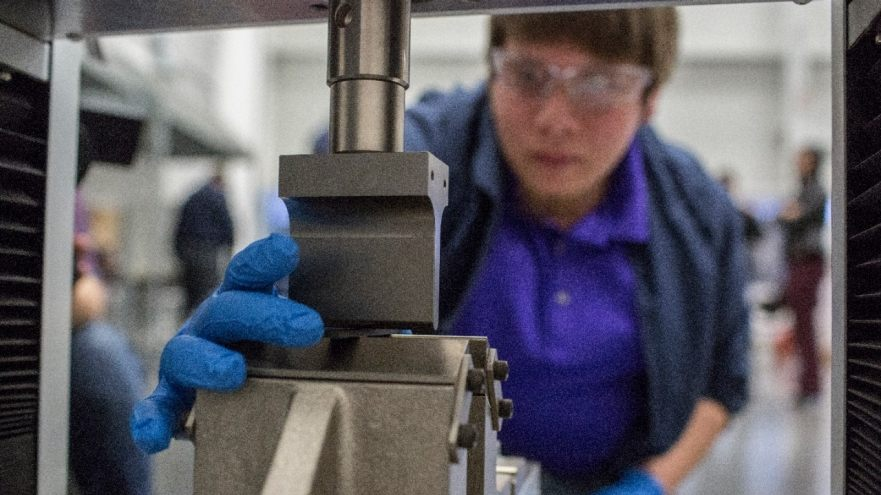 DEARBORN, Mich., Oct. 9, 2018 – It’s in cell phones and even some sporting goods – and soon, for the first time in automotive, it will be under the hood in Ford vehicles. Ford Motor Company is announcing the use of graphene – a two-dimensional nanomaterial – in vehicle parts, timely with National Nanotechnology Day.

Graphene has recently generated the enthusiasm and excitement in the automotive industry for paint, polymer and battery applications.

Dubbed a “miracle material” by some engineers, graphene is 200 times stronger than steel and one of the most conductive materials in the world. It is a great sound barrier and is extremely thin and flexible. Graphene is not economically viable for all applications, but Ford, in collaboration with Eagle Industries and XG Sciences, has found a way to use small amounts in fuel rail covers, pump covers and front engine covers to maximize its benefits.

Graphene is a material used in coating, cell phones and even some sporting goods – and soon, will be used under the hood in Ford vehicles, a first in automotive (right-click GIFs to download).

“The breakthrough here is not in the material, but in how we are using it,” said Debbie Mielewski, Ford senior technical leader, sustainability and emerging materials. “We are able to use a very small amount, less than a half percent, to help us achieve significant enhancements in durability, sound resistance and weight reduction – applications that others have not focused on.”

Graphene was first isolated in 2004, but application breakthroughs are relatively new. The first experiment to isolate graphene was done by using pencil lead, which contains graphite, and a piece of tape, using the tape to pull off layers of graphite to create a material that is a single layer thick – graphene. This experiment won a Nobel Prize in 2010.

In 2014, Ford began working with suppliers to study the material and how to use it in running trials with auto parts such as fuel rail covers, pump covers and front engine covers. Generally, attempting to reduce noise inside vehicle cabins means adding more material and weight, but with graphene, it’s the opposite.

“A small amount of graphene goes a long way, and in this case, it has a significant effect on sound absorption qualities,” said John Bull, president of Eagle Industries.

“We are excited about the performance benefits our products are able to provide to Ford and Eagle Industries,” said Philip Rose, XG Sciences’ chief executive officer. “Working with early adopters such as Ford Motor Company demonstrates the potential for graphene in multiple applications, and we look forward to extending our collaboration into other materials, and enabling further performance improvements.”

Graphene is expected to go into production by year end on over ten under hood components on the Ford F-150 and Mustang and eventually, other Ford vehicles. 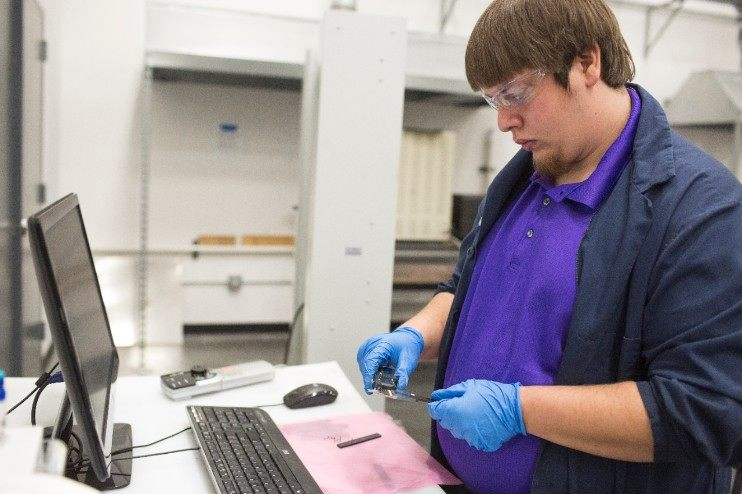 Ford works with XG Sciences to conduct heat and strength tests on the nanomaterial prior to production. 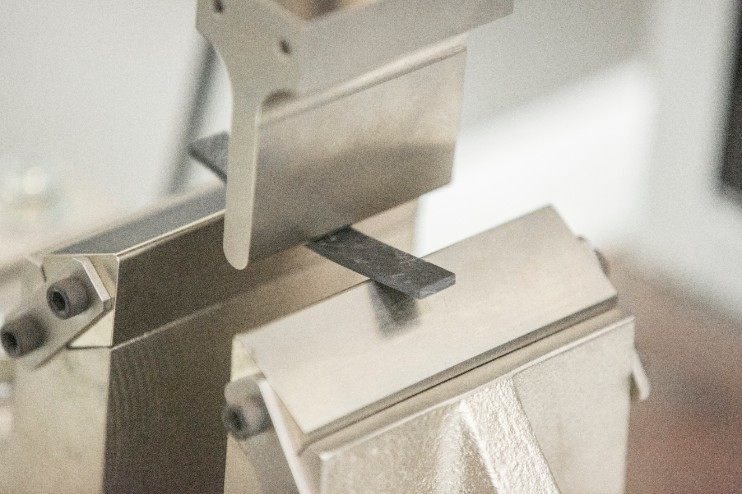 Nearly 1,600 pounds per square inch of force is applied to the graphene composite shown, testing for high strength and stiffness